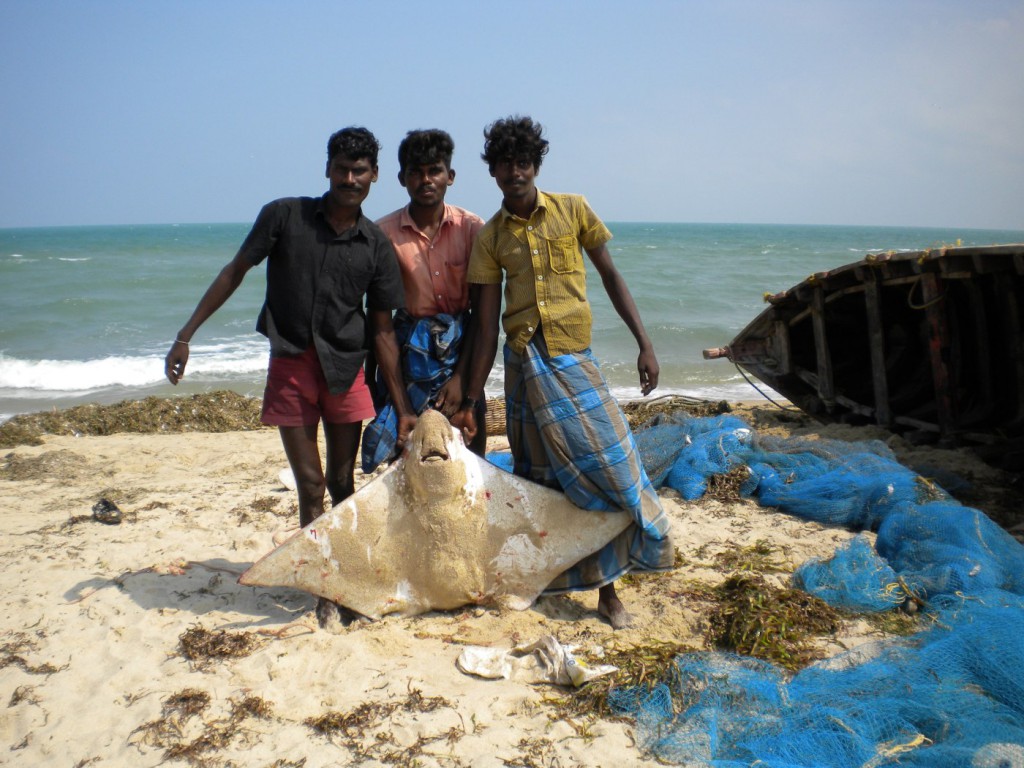 I took this photo in 2009 while in Rameswaran, an island on the southwestern-most tip of India. Facing the Bay of Bengal on the right side and the Indian Ocean on the left, the island is one of the holiest Hindu places in the country. How I arrived on this narrow strip of beach – walking in shallow ocean water with my backpack above my head and water up to my chin — was pretty ridiculous. Despite my strange appearance and intrusion, these men were super friendly and welcomed me with a tour and lunch — some fish, rice and daal. This would never happen in NYC.

I wonder what has happened to them as sea water continues to rise in the region due to anthropogenic climate change. The strip of land in this picture may have already disappeared. The area is prone to cyclones and with sea level rising by an average of five feet during this century, they will be forced to relocate and become some of the world’s first climate refugees.

Lier Chen is interested in photography as storytelling, canvas, and a tool to advance sustainable development. She studied film, drawing, and photography at Wesleyan University and has a M.A. in Sustainable International Development from Brandeis University. She currently lives and works in New York City.